Here I explain why our tester members are sure to be motivated and describe some good practices for app testing. Developers will get a few tips in how to design tasks and formulate their instructions to testers.

Motivation is key
It’s of course a truism that in whatever task you pursue, motivation is key for achieving good results. Testers on The Beta Family are sure to be motivated as they get the chance to try cool new apps before the general public and have the incentive to become a top tester and get more test invites, earning them more cash. So not only will the testers file bug reports, they’ll actually be encouraged to provide constructive input and fresh ideas.

A test report from The Beta Family can be very useful feedback for a developer, and a tester can feel proud about their contribution to a better app. But for the outcome to be successful the test instructions and objectives must be clear to both parties. It especially helps the tester if you as a developer emphasize where you want the test report focus to be: functionality, layout, or even suggestions for additional features?

Ask and thou shall receive
While software testing in general isn’t very open for creative suggestions about content or functionality, The Beta Family is. Besides from just asking your testers to report bugs and issues you are free to make the most creative use of our testers. Ask open questions and receive more feedback. Try to avoid any yes or no questions, while instead asking for detailed opinions.

Helpful assets to provide the testers include some kind of navigational blueprint, for instance a checklist of all the screens or views of the app, or a few functional scenarios you want the tester to try and complete. This ensures that the user actually sees and evaluates the entire app and functionality. The Beta Family” href=”http://blog.betafamily.com/2014/05/05/app-testing-and-the-beta-family/” target=”_blank”>Remember to steer clear from the most common app mistakes.

Explore and speak your mind
App testing on The Beta Family is normally black box, which means the tester doesn’t have, or need, any knowledge of how the app works internally. In these cases a technique called exploratory testing¹ is often suitable. Simply put, it’s a testing methodology where the tester spontaneously learns about how to use and test the app by playing around with it.

One of the upsides with this technique is the ease of getting started, the tester doesn’t necessarily need an initial testing plan. Their experience and intuition from using similar apps allow them to use deductive reasoning to infer app usage and where to look for potential issues or bugs.

As black box testing is very much trial- and-error in its initial stages, the developer would be interested to see potential misconceptions and difficulties with the app. Here is where the SuperRecorder SDK² feature of the Beta Family can help. Test sessions are recorded from the actual device, along with the tester’s microphone sound, allowing them at all times to voice their train of thought. 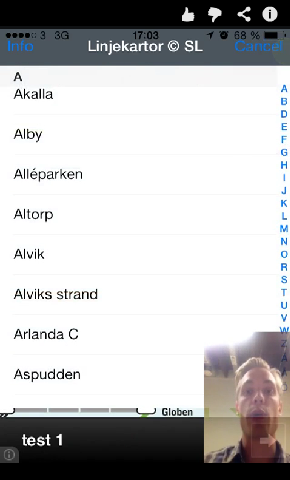 Example of the SuperRecorder in action.

As a tester recording a session, be sure to speak your mind continuously throughout the testing session. Any feedback is useful, especially about things that catch you off guard: bugs, navigational inconsistencies, textual spelling or grammar errors, etc. And don’t be afraid to make comparisons against other similar apps, in the real-world app market there will be competition.

Five good testing practices
Here are five practices that will make you a better member of The Beta Family.

1. Be mean to the app. Use your imagination and try to force errors. What happens if we disable the WiFi or cell connection during a download in the app? What about rotating the screen from portrait to l andscape? Can I write letters into this field that expects numeric input?

2. Describe expected outcome. If you think you’ve found a bug, be sure to explain why you think so by describing what actually happened, versus what you thought would happen.

3. Try to reproduce. Any bug encountered should be accompanied in the report with steps for reproduction, whenever possible. “When opening the left-h and side swipe menu and selecting Settings, the app freezes and eventually crashes without any error message”. Any developer will tell you that this is extremely helpful for debugging.

4. Be honest. As a tester on The Beta Family you have multiple roles: software tester first, but also a test pilot of the potential product. Would you ever use the app in a real-world scenario? Would you consider paying for it? What would it take for you to do so?

4. Be constructive but never rude. You may well think the app sucks and should be put to sleep, but keep rude comments out of your report. Remember that you will receive feedback and a rating from the developer, so be constructive and describe ways to improve it instead. It’s surely more appreciated and better way to become a top tester and make more money on The Beta Family.
¹ http://www.testingeducation.org/a/nature.pdf
² https://www.thebetafamily.com/superrecorder

This is the first post in a monthly series of articles on software testing. We intend to cover testing in general, but especially targeted at mobile apps. Developers and testers alike will find useful testing tips and techniques.

Why test mobile apps?
If you were asked to describe the main purpose of software testing you would probably think of finding and fixing bugs and to verify intended functionality and behavior. Quality assurance, simply put. Those are all valid points, but more interestingly, it can help your app to stand out against its competition and ultimately even increase profit.