It’s a new month and time for another awesome beta tester to take the limelight here at the Beta Family Blog. This month we’re featuring Amit Kulkarni who’s been a part of our community for several years. He has some interesting tips on how to become a successful beta tester so keep reading and have your notepad ready! 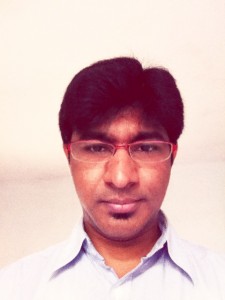 At the Beta Family community I have tested 46 applications. It may sound less when compared with other testers around the world and part of this community, but there are other factors that affect the actual numbers.

Well, this is kind of a question where you not necessarily have a specific answer. I always keep trying new applications as and when they are available in their respective stores. But since you need specifics – I’d say that Strava (Fitness ), Peak (Education), Microsoft Outlook (Productivity), Swipes (Productivity), Wally (Finance), hike (Social networking) , 8 Ball Pool (Games), and any casual games like Candy crush, Daddy was a thiefand many more.

There are others as well but that list will be quite long so I tried to list one from each category that I use the most. To sum up; any application with interesting concept, excellent UI and feature set would be my favorite app. It does not need to be from a big company and can be from a startup or sole developer.

I truly believe that all developers try their best and it would be harsh to pick one or for that matter the company. Just to give the background I like the developers/companies which actually listen to their user base. This is very important today since we are becoming more impatient and with growing large number of options, we are always on a lookout for a switch if needed. Users are ready to pay more for a good deal so I feel that all the companies/developers try to match up to the expectation of their user base.

Over here at BetaFamily I like to work with some developers like Dave V and Tamas Laszlo. Having said that, it doesn’t mean that I do not like others but I just wanted to be specific. (Not diplomatic :D)

I really don’t know. But, I guess I got to know about BetaFamily while going through some article. They have come a long way and there is quite a long path to cover, but I believe I was the early adapter to the BetaFamily community.

I like to test any kind of application where there is a new concept behind its implementation. By that I mean, not necessarily that it’s a totally new idea but the implementation is such that it makes the app different from the rest.

Over here at BetaFamily I feel that developers take a chance to actually see if there is any interest for the idea they have in mind before going to the larger audience. I like to play or test any games or an ideas that is something new and I haven’t had a chance to use any app like that before.

More often I find that there are quite a few applications which have not been tested when offline (no connectivity) and that results in a crash.

I am part of the community because I get a chance to play with the apps before other people. I get to interact with developers and underst and their point of view. There have been instances when the developers have helped me with something I thought could be different. Also, the community has quite a good testers and that’s helps.

The support team here is quite good as they take time to respond to each and every small question, and fix an issue with the platform at the earliest. The good part is they don’t mind you contacting them – it may take some time but there is always a reply.

I feel that beta testing in general is quite good as that gives developers a platform where they can see if the idea that they have in mind could attract audience. It has two fold advantages as it gives developers a platform and new testers to get better at testing. However, new testers can also spend time on open source application under some mentor to learn more about testing and get better at it.

I feel beta testing is also useful for the companies who feel they need testing but can not afford too much of money pouring into it. Such companies can take advantage of the platforms like BetaFamily.

What do you need to be successful in beta testing?

That is good question. What matters to me the most is communication. I love to work with the companies which are ready to communicate, helps you understand and answers any of your question unless they are not too obvious. There I feel start ups are more open and they tend to be more co-operative with you. Other advantage of working with startups is that they are ready to listen and willing to change something if that makes the app better.

I believe that both startups and sole developers who are working on these apps and needs some constructive opinion are the most often willing to communicate if you have any question. There is no way for us (testers) to actually come to know whether it is a big company or startups at Beta Family so this I am saying from my personal experience. It has been pleasure to be a part of this community.

As you can see I have a lot of devices and it would take some time to count them all but just to go by the new device that I own i.e. iPhone 6 – I have 100+ (107 to be very specifics and growing).

Hmmm, yeah! But I would point out that I do have control where I do not keep on playing the games for hours. Mostly I enjoy any new game with something new in it. I do not have any special choice or specific category as long as the game keeps me interested. At times I had to clear some space and it is hard choice which one to remove. ????  I kind of feel I should just keep on adding any new game that serves the purpose of having a good/fun time.

Thanks to Amit for taking time to answer my questions about beta testing. It’s been a pleasure having Amit in our community here at Beta Family and we hope he’ll stay with us for many more years. Check out some of our previous posts to learn from other Beta Tester of The Month winners. Stay tuned by subscribing to our blog.