This month we feature Philip Erbe as our Beta Tester of The Month. He’s been at Beta Family about a year and has tested a LOT of apps. Can you guess how many? 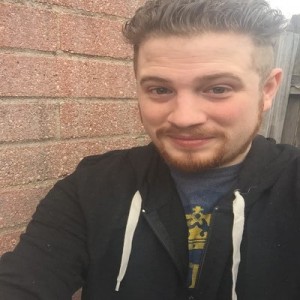 Devices you own: I test using the iPhone 6 plus, iPad mini retina, and the htc one.

I have beta tested around a hundred apps both on the beta family site and off.

I am always passionate about the application I am testing. Developers don’t need someone who would never be a potential customer. It’s not just bug testing but also insight into what would make people enjoy their app.

My favorite app that I have beta tested would definitely be Arcanox, I still to this day play it!

My favorite developer has to be Christian Teister of Juhu Games. We built up a great working relationship during his testing on beta family. Christian even ended up using my review in his game trailer you can check it out on YouTube just type Arcanox.

I started becoming a beta tester because I love mobile gaming but I noticed two problems. First developers were getting one star reviews not based on their game but the bugs they didn’t iron out. The second was the free to play boom created really unfair game mechanics that were designed to bankrupt players. So I set out to help fix both!

I really love testing almost everything but if you put multiplayer in it I’m hooked!

The biggest problem I see is free to play games not giving their testers proper in app currency to fully test the game. Testers need access to everything to find bugs. Unless you are testing how far they can get without money, make sure to have coupon codes ready at testing or an unlocked store.

Because it really is a community! Many sites like to throw that word around but Beta Family means it. I have had the opportunity to work with some truly great developers! Thanks to the great rating system developers also have a place to find intelligent and passionate beta testers.

I have been a member for a little over a year now.

It’s simple be honest, thorough, and always respectful. These developers often put their hearts and souls into making these apps so it’s important to test the right way.

It may sound silly but beat the app up! You have to try every combination of things to make the app crash. If you don’t there is bound to be one customer who will and ends up leaving a one star review.

To be a successful beta tester you have to be creative, methodical, and have a passion for it.

The worst is trying to recreate a bug that happens inconsistently! The best is getting recognized for your work!

While I do love both, start ups hold a special place in my heart. You just get a level of communication and also impact that you typically don’t get from larger companies.

Honestly it’s not the apps themselves but the developers. It’s exciting when they keep a good dialogue through out and let you know that your opinions really matter. There’s nothing more exciting than knowing changes that you help make will be seen by everyone who downloads that app.

Too many but there almost always changing. I always like to be beta testing one or two.

I consider myself a mobile gamer fanatic! Especially mmorpgs I’ve played almost every one on the app stores. Right now my favorite is tai chi panda.

A big thank you to Philip for taking the time to give us his opinion on beta testing! I really like his philosophy towards beta testing. Don’t you?

As always we’ll have a new Beta Tester of The Month coming up next month. Subscribe so you don’t miss it!

Dmytro Ovcharenko is our June Beta Tester of the Month. We’re really happy to have him in our community! Here at Beta Family he tests mobile applications in his spare time. Continue reading to find out what makes him such a good tester! 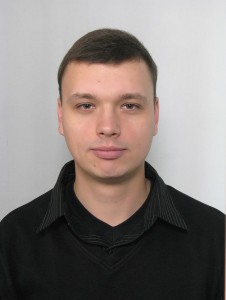 For all the time I’ve tested about 70 different applications.

At the moment I am testing two applications. I try not to take on testing a lot of apps to be able to give each application a sufficient time for quality testing.

Attention to detail. And also the belief that any application has bugs, just want to find them.

I have no favorite app. Each application serves a different purpose.

No, because I don’t think it’s important who’s developing the app. What is important is if the app was good and useful or not.

I began working as a mobile application tester in an software company and to improve my skills began to test the application on The Beta Family.

In the beginning I tested all apps that were available to me. Recently, however, I like to test games because they are fun. Testing of major applications I have enough on my work so I don’t want to test complex applications in my spare time.

Unfortunately, lately it seems to me that the developers do not run their applications on devices. Sometimes bugs do not even need to look. Just run the app and they seem themselves.

Because I’m curious to see what new apps being developed and help to improve them.

When you begin to test different applications, you will notice that questions often are repeated. Don’t write the same answer every time, do a template of typical responses and adjust it depending on the application.

In any application there are always bugs.

The worst thing in beta testing is that the apps always have more bugs than in those that we use every day.

The best thing is that you can use the app anywhere and become one of the first who tried it.

I prefer to test applications for new start ups.

What is it that makes an app exciting to test?

Its usefulness or exciting, depending on the destination application.

A big thank you to Dmytro for taking the time to answer my questions. I really like his tip on how to be a successful beta tester. Anyone else make templates for repeated responses? Remember to subscribe to our blog so you don’t miss next month’s Beta Tester of the month.