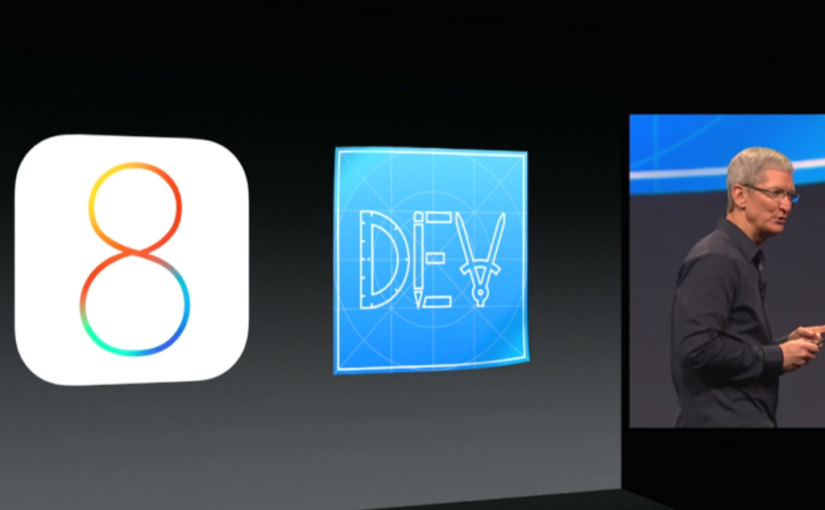 Xcode 6 and iOS 8 has been released together with a new way of beta testing iOS applications. This is an introduction and a step-by-step guide for setting up an iTunes Connect and TestFlight Beta Test with internal testers.

After months of beta testing iOS 8 myself, I’ve been waiting for this day to come, the day when Apple will add scalability and a new dimension to beta testing of your iOS applications. Before this day there’s been a lot of speculating and predicting of what will happen around beta testing. We mainly know the answers that we, the team at Beta Family and every iOS developer, were looking for. With Xcode 6 and iOS 8, which are the requirements for this service, there’s a whole new possibility available when it comes to beta testing your application. Through iTunes Connect you will manage your testers and TestFlight will make your app available for your testers. Xcode 6 and iOS 8 are available for developers inside the iOS Dev Center. Developers will no longer be held back because of UDIDs when beta testing, instead they will handle testers’ Apple IDs.

In the beginning you’ll only be able to beta test your app on 25 internal testers. But soon, 1000 external testers, which are not a part of you development organization will also be available when beta testing. When deploying an app to external testers the app has to go through a Beta App Review and must follow the App Store Review Guidelines before the beta testing can start. A review will be required for every new version that contains significant changes. You’ll be able to test 10 apps at the same time. Read more about it here.

All this is a big advancement for Apple in beta testing and it’s a welcome change for both developers and Beta Family. We, Beta Family, will make several changes and updates to our service. First we’ll organize testers’ Apple IDs for easy distribution. We’ll also add options for developers to choose when they want to test a beta version through iTunes Connect and whether they want to test it on internal or external testers.

1. Sign in to iTunes Connect and add iTunes Connect users under “Users and Roles”. When you’ve entered the details for the user you’ll be able to choose the user’s role. “Technical” (Read Only) is the one to prefer if you don’t want to give the user access to maintaining your available apps.

The users you’re adding will receive an e-mail. You can add and delete users whenever and however you want. Every user will have to verify their e-mail.

invitation mailWhen the users have verified their e-mail you’ll find them under “Users and Roles”. Click on the e-mail for the user and turn on the switch “Internal Tester”.

2. Install Xcode 6 from the iOS Dev Center. If you want to keep previous versions of Xcode you can create a folder inside Applications and move your existing Xcode version to that folder. 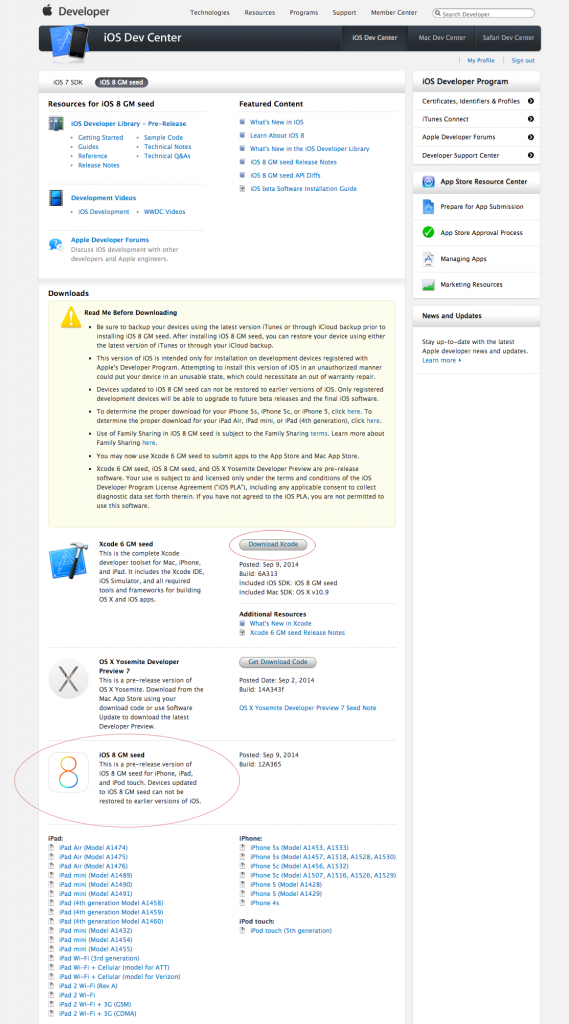 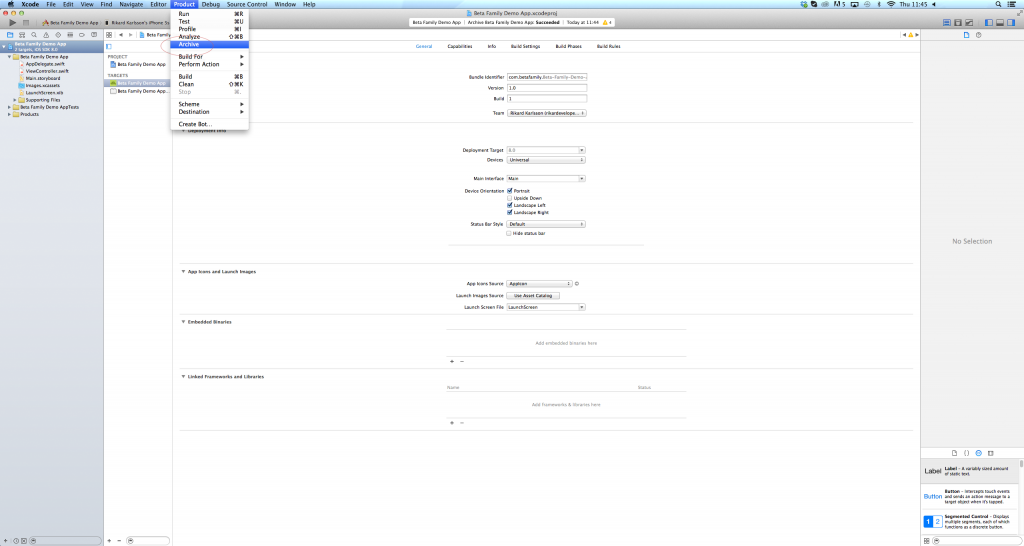 Choose your Development Team to use for provisioning.

4. In your iTunes Connect account you can now browse to your app, you’ll find it under “My Apps”. Go to “Prerelease”, here you’ll find your uploaded build. Enable beta testing for this build by turning on the switch on the right hand side of the screen. 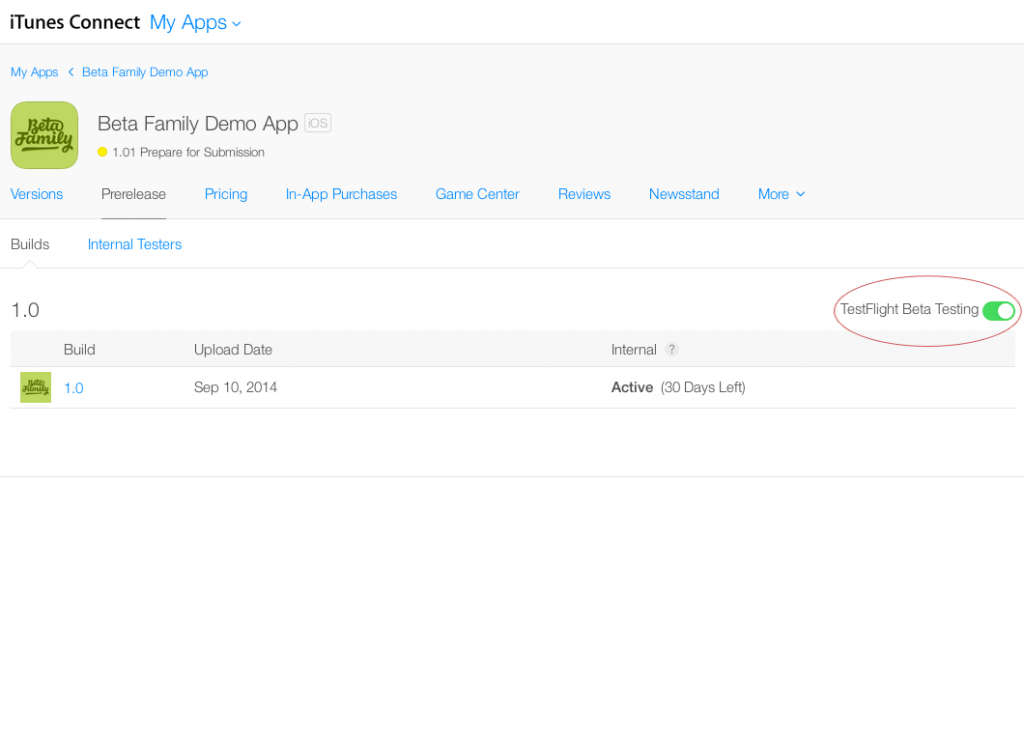 Testers will receive an e-mail with an invite.

When the testers click “Open in TestFlight” they will be redirected to the TestFlight app and asked to install the app. 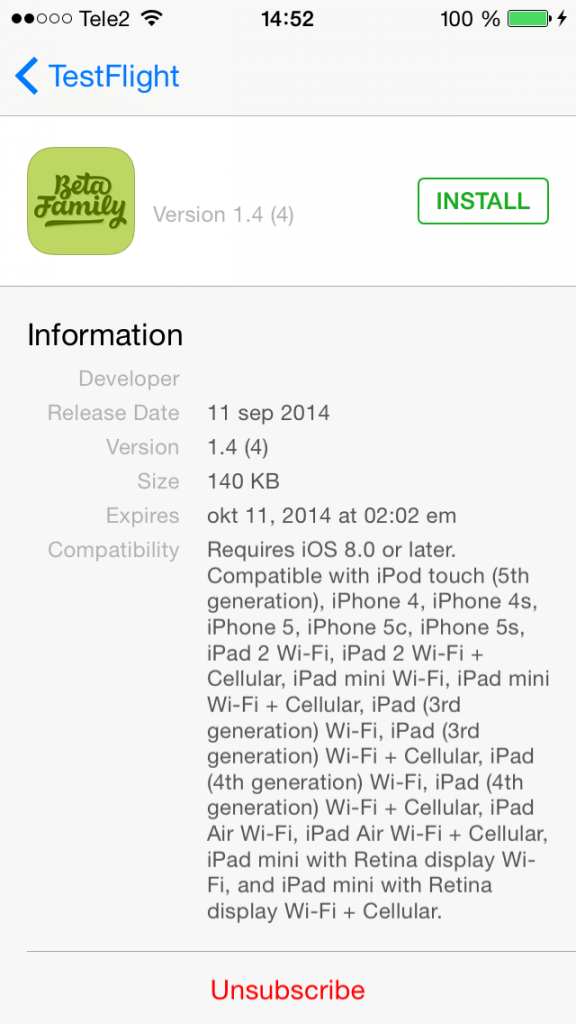 Testing is now under way and a orange dot will appear next to the beta version of the app. 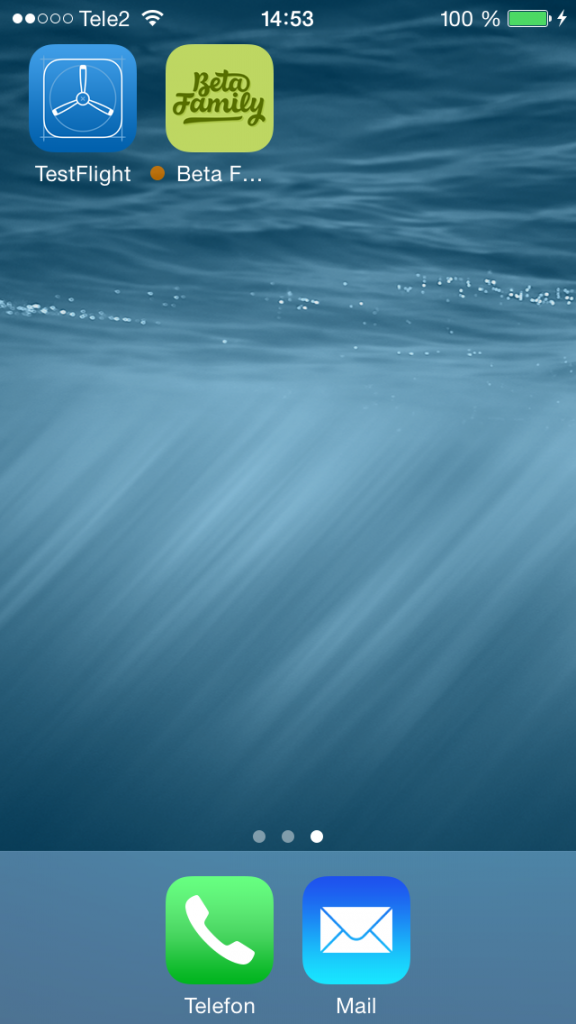 We, Beta Family, will still provide developers with our awesome community of testers, but now without the trouble involving UDIDs. Tester management will now be easier with Apple IDs which Beta Family, of course, will provide for you. Also their will be zero file handling and this will without doubt speed up the testing process since the upload and adding users can be managed instantly.

Note: Of course you will be able to use the system just like before.