Welcome to our new segment here on the blog called Beta Tester of The Month! We want to show some appreciation to our top testers here on Beta Family and will interview one of them each month. These guys are doing an amazing job, as many of you are, helping the app development companies with their beta testing.

To kick this off I’m happy to present our May 2015 Beta Tester of The Month, Tasha Sumo. We’re stoked to have her in our community! 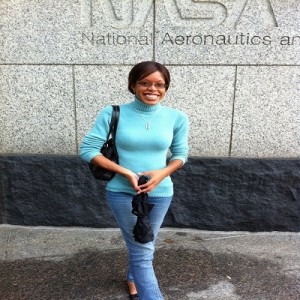 I read the description for the app so I have a general idea of what I am testing and I use this as somewhat of a guideline of when I test the app.

My favorite app is a number guessing app called Fermi. I found myself really thinking as to the order of the numbers and the layout for the numbers is on clouds.

I really don’t have a favorite app developer/company.

I started with beta testing to learn about new products out there that I could share with family and friends, to be one of the first to try an app and share feedback that might be able to help the developer.

I think for app developers, who wish to change the system for the phone, the greatest bug there is losing the ability to use the phone itself.

I am part of the Beta Family because I like the features of the site. I can test out apps, share feedback, possibility earn cash and maybe one day even submit my own app for feedback.

How long have you been a member here at Beta Family?

I’ve been a member for over 2 years.

The three tips I have are:

Beta testing is more than just downloading and reviewing, it’s a chance to make a difference, build connections and try something new or improved.

To be successful you need:

The worst thing about beta testing that it’s sometimes time-consuming, the best thing is the chance to share feedback.

This is a rather hard question to answer. I stated previously that I really don’t have a favorite developer or company and this goes for both startup and bigger companies. But I would rather test for bigger companies because they might be more willing to offer products for beta testing. I do like the new of ideas of startups too.

The description of the app and the preview screenshots for the app.

Not including bloatware, I would say more than 40.

I’m a bit of a gamer, I enjoy role-playing games, adventure games and strategic games.

A big thank you to Tasha for being our first Beta Tester of The Month! We really appreciate her hard work and hope she’ll find many more apps to test here at Beta Family.

Next month we’ll feature another top tester so make sure you subscribe to our blog.